It all started with what I thought was a bit of toothache and a dodgy wisdom tooth.

My dentist initially removed a wisdom tooth, but a couple of weeks later it was playing up again.

After 3 weeks I had heard no more about my specialists appointment, had a lump on side of gum so went back to the dentist.

This time he looked a bit more concerned, I told him my appointment still hadn’t come through, and he told me to drive over to Coventry A and E there and then.

Before leaving, I asked him “do you think it’s cancer?” and he said yes.

10 days Later, I saw a specialist at Warwick and after a 2 minute check she seemed annoyed that her team at Coventry had sent me to her an immediately made an appointment for to see a consultant/surgeon back at Coventry

A week late I saw my consultant and from then on the previous 6 or 7 weeks dilly dallying around was over and it was now full steam ahead.

Within a week I’d had a biopsy, scans, a feeding PEG fitted and was waiting for an operation.

The technical name for what I had was T4 N1 squamous cell carcinoma of the right mandible which was treated by right hemi-mandibulectomy and right neck dissection, with free fibula flap and chemoradiotherapy.

It was a major 10 hour operation with 4 surgeons, they removed half my jaw, took a bone from my leg to reconstruct a new jaw and a slice from my belly for material for building a flap in my mouth and skin graft on my leg.

I was warned there was a 1:20 failure rate with the operation, and despite it going reasonably well had a few complications which led to 2 more operations that week.

2 days later, after a mass bleed from my mouth I was back in hospital for another 2 1/2 weeks

3 weeks after being discharged again I started 3 courses of chemotherapy (this was actually reduced to 2) and 33 days of radiotherapy.

I had a few months problems with fatigue and another week in hospital due to infections before my consultant deciding anti biotics weren’t really working and being admitted to hospital for the last time a week before Christmas for a minor operation to clean out any infection in my neck and put in a pack.

Fortunately I was out of hospital on 20th December and had a nice Christmas break before having weekly trips to Coventry to have my Pack sorted and neck dressing changed.

Finally infection free and feeling a lot better I started having lymphatic massage treatment for the lymphoedema caused by the surgery and radiotherapy.

March 2018 I was declared Cancer free, was told I don’t have to see my consultants as often as I was and told I could have my Peg out

Had my Feeding Peg OUT A few weeks later, was still not really eating properly and weight was right down.

Became almost obsessive about my weight for a while, was just over 10 1/2 stone but determined to get down to under 10 stone

Stopped eating completely for a while as I started drinking by Fortisips, got down to 10 stone 2 but was looking scrawny, fatigued, lethargic and finaly pulled myself together and started eating again

So here we are May 2019, 12 months on from initially learning I had cancer, I was now declared Cancer free, was feeling a lot better, weight was starting to rise again (back to about 10 1/2 stone), only having to see consultants once a month, bit still having lymphatic massage treatment for the swelling on my neck which was getting less and better all the time 🙂 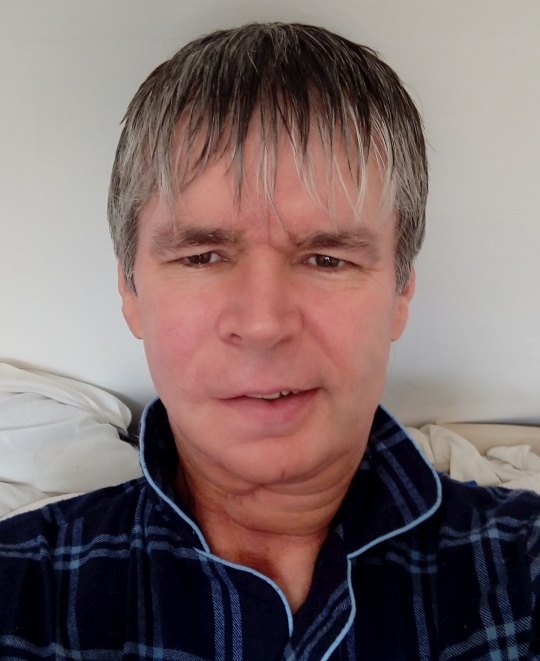