Cancer Free and no more PEG

I will remember being told I was cancer free for a long time, and as soon as I got home I told my wife and family then phoned my mum.

Being cancer free, having had my feeding PEG out, having lymphatic massage, and only having to go to Coventry every month meant I was feeling really good.

I had never bothered drinking any of my fortisips whilst I had my PEG in, and due to still having a big batch which I never used whilst in hospital, still having a batch at my mums house and just having a whole months supply delivered a couple of days before having my PEG out I found myself with over a dozen boxes of 24 bottles of Fortisip.

My wife said I should start drinking them, but I tried and absolutely hated them.

I asked my nutritionist about returning them, but he said they would collect them, but would only scrap them which I thought was an awful waste.

Instead I looked around for people I could donate them to, My local doctors, Myton Hospice, another local hospice, a food bank but found that none could accept them as it was a prescription product.

I eventually gave 2 boxes to a local nursing service who said they may be able to give them out to people and 2 boxes to my sister in law, who had a friend whose husband was going through something similar.

I was really looking quite scrawny (having been close to 16 1/2 stone at start of 2018) and my wife persuaded me to try drinking more fortisips.

They were still horrible initially until I tried having them really cold straight from the fridge, and then I had the idea to dilute them slightly and Bingo they had gone from disgusting to actually quite nice. 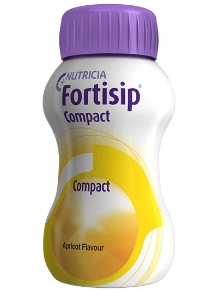 Story continues here – Can a 16 Plus Stone Man Become Anorexic?